Light to the Nations — Epiphany News from Republic of Georgia

Often I post here news from the Republic of Georgia sent by Archbishop Malkhaz Songulashvili. This simple news story shared by him from Christmas day reminds me of the power of that small manger birth to change the world. Such wisdom comes — from where I am — it is the east. I am also so deeply aware that we are still opening the gifts of those who are willing to take great journeys across the lines so often defined by past traditions. 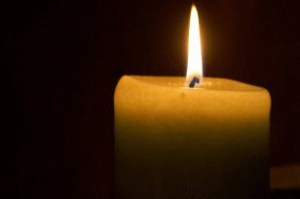 On December 25th with an initiative of the Evangelical Baptist Church of Georgia a historic event took place – Muslim clerics from all of Shia and Sunni traditions celebrated the birth of Jesus (Isa) the Christ  with Christians (Baptists and Orthodox) at the Baptist Centre. The culmination of the event was the exchange of gifts:  Muslim clerics gave copies of the Qur’an (Georgian translation)  to Christian Clergy and Christian clergy gave copies of the New Testament to Muslim clergy.

The celebration was led by Dr Malkhaz Songulashvili  (who had just been checked out from the hospital for  his heart condition) and Imam Zurab Tsetskhladze, the head of Georgian Muslim Union.

The support for the celebration was provided  by the Revd Johan Candelin of the First Step (Finland).

The event was international in nature. It was attended by Muslim clergy not only from Georgia but from Iran, Turkey and Azerbaijan.

The Event was also attended by the European Union ambassador, H.E. Philip Dimitrov  and a Georgian Minister for Reconciliation and Civil Equality ,Mr Paata Zakareishvili.

The Evangelical Baptist Church of Georgia continues its mission for peace and reconciliation in the region.

Photographs of this event are under copyright.

This entry was posted in Uncategorized and tagged Epiphany, Republic of Georgia. Bookmark the permalink.