“My theme for Advent this year is … listen”

Arlene Drennan of Iowa wrote to me and said this — “My theme for Advent this year is … listen” Read below her opening words which can be shared by a single voice, by two voices (each starting with alternating “listens” or responsively with a congregation. 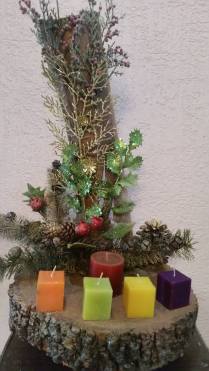 Together then — listen and look.

Listen
As the soldier’s voice peals through the village
Return to your father’s city. You must be counted
Listen
As Jesus shares the news with Mary
And gentleness surrounds his voice
Listen
As Mary’s mother holds her sobs and
Tells Mary where to find a midwife
Listen
As Joseph hugs his father and they
Exchange words of courage and concern
Listen
As Mary is gently raised to the blanket on the donkey
And Joseph nudges the animal to begin an epic journey
Listen
As the small caravan shuffles in the ancient soil
As they men share stories and the women share concerns
Listen
As the group enters the city
And the newlyweds are left, overwhelmed, and soon to be parents
Listen
As Joseph pleads with inn keepers for a space
As Mary holds her belly and says, “Soon little one, soon.”
Listen
As Mary’s voice changes to groaning
As she births the King of the World
Listen
As Joseph sobs and the animals exhale in relief
As joy fills Mary’s tears and her heart locks this moment away
Listen
As the shepherds and the angels sing of the birth
As the infant king begins his rule
Listen
To the breath of life
That saved the world 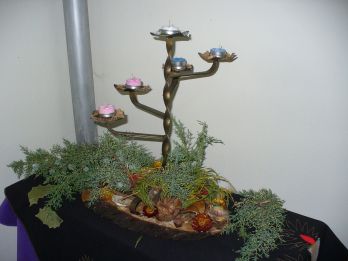 This entry was posted in Uncategorized and tagged Advent, Advent candlelighting, Listen. Bookmark the permalink.

2 Responses to “My theme for Advent this year is … listen”